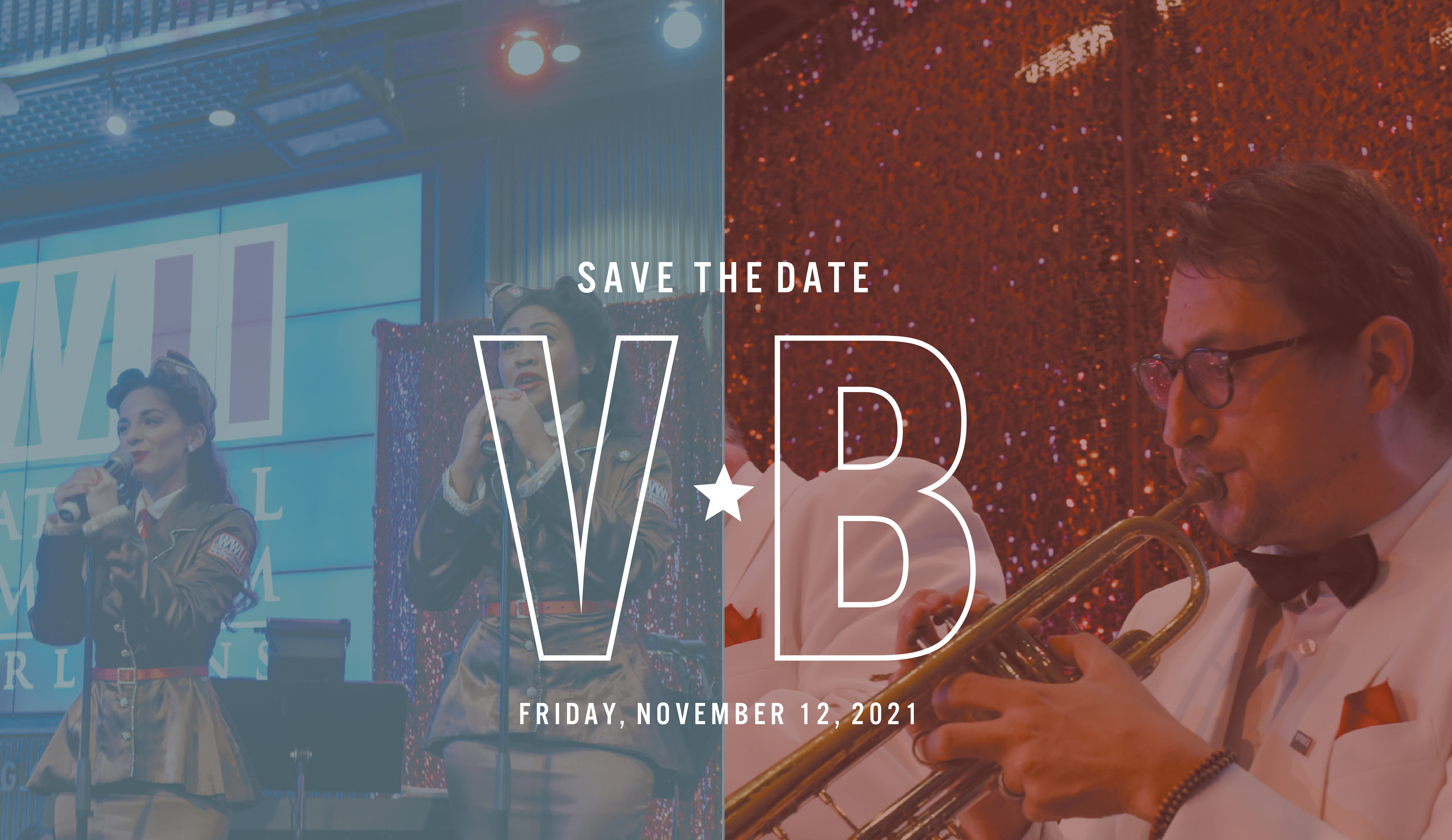 Celebrating Those Who Serve

The 2021 Victory Ball will be a lavish reception featuring cocktails and culinary creations by The American Sector Restaurant & Bar, live music, entertainment, and dancing, as well as unlimited access to the Museum’s amazing pavilions and exhibit galleries throughout the evening.

With the safety of our guests, staff, and volunteers in mind, The National WWII Museum’s 2021 Victory Ball, originally planned for this coming spring, will be postponed to fall to once again coincide with the Museum’s Veterans Day activities.

Don’t forget to visit the Museum on Saturday, May 15, 2021 for our annual Armed Forces Day celebration. Join us as we honor all of our nation’s active military. The ceremony and related programming is free and open to the public and all active-duty military and veterans are invited to attend. Free admission for all veterans to Museum exhibit galleries.

A ticket purchase for Victory Ball includes event entry at 7:00 p.m. with food, beverages, and entertainment as well as access to the Museum’s pavilions and exhibit galleries throughout the evening. Open seating is available throughout the event on a first-come, first-served basis.

THANKS TO OUR 2019 SPONSORS 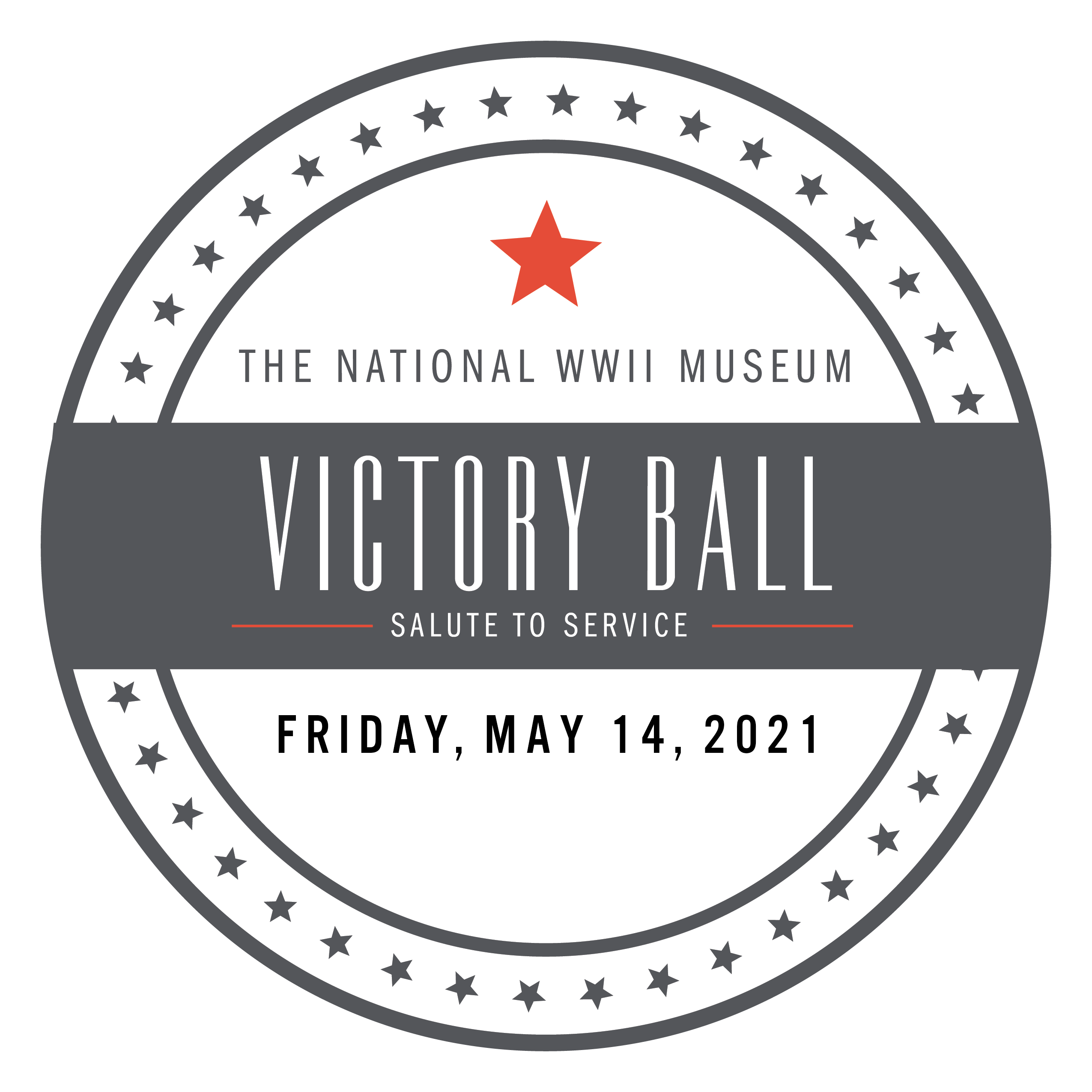